1099 Compliance
This is some text inside of a div block.

Taxes
This is some text inside of a div block.
Use Cases

Banking
This is some text inside of a div block.

Bookkeeping
This is some text inside of a div block.

Invoicing
This is some text inside of a div block.
Developers

Guides
This is some text inside of a div block.

API Reference
This is some text inside of a div block.

API Dashboard
This is some text inside of a div block.
Pricing
Company

About us
This is some text inside of a div block.

Security
This is some text inside of a div block.

Careers
This is some text inside of a div block.

Blog
This is some text inside of a div block.
Log in 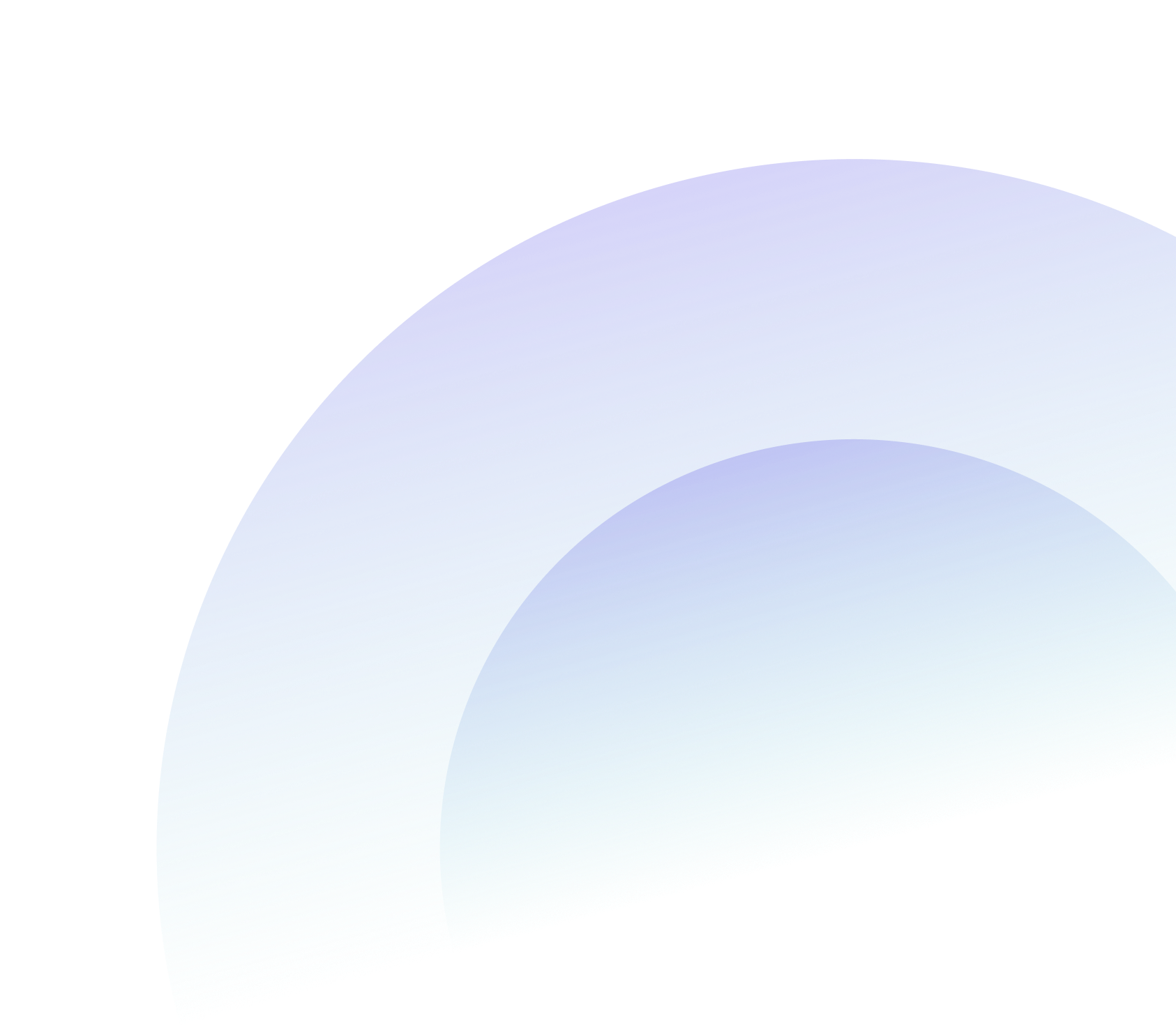 Abound is committed to conducting its business ethically and in compliance with all applicable laws and regulations, including the U.S. Foreign Corrupt Practices Act (FCPA) and similar laws in other countries (as applicable) that prohibit improper payments to obtain a business advantage. This document describes Abound’s Policy prohibiting bribery and other improper payments in the conduct of Abound business operations and employee responsibilities for ensuring implementation of the Policy. Questions about the Policy or its applicability to particular circumstances should be directed to legal@withabound.com (“Head of Operations”).
‍

As a condition precedent to conducting business with Abound and/or to utilize Abound’s Services or purchase its Products, you must agree to and abide by this Policy. This Policy shall apply to and extend to Abound’s officers, directors, employees, agents, contractors, Clients, Customers and Affiliates.

Abound strictly prohibits bribery or other improper payments in any of its business operations. This prohibition applies to all business activities, anywhere in the world, whether involving government officials or other commercial enterprises. A bribe or other improper payment to secure a business advantage is never acceptable and can expose individuals and Abound to possible criminal prosecution, reputational harm or other serious consequences. This Policy applies to everyone at Abound, including all officers, employees and agents or other intermediaries acting on Abound’s behalf. Each officer and employee of Abound as well as Abound Affiliates and their respective officers, agents and/or employees each have a personal responsibility and obligation to conduct Abound’s business activities ethically and in compliance with all applicable laws based on the countries wherein Abound does business. Failure to do so may result in disciplinary action, up to and including dismissal.

Improper payments prohibited by this policy include bribes, kickbacks, excessive gifts or entertainment, or any other payment made or offered to obtain an undue business advantage. These payments should not be confused with reasonable and limited expenditures for gifts, business entertainment and other legitimate activities directly related to the conduct of Abound’s business.

Abound’s Head of Operations shall be responsible for compliance with the provisions of this Policy, supported by its executive leadership team. The Head of Operations is responsible for giving advice on the interpretation and application of this Policy, supporting education, and responding to reported concerns. The prohibition on bribery and other improper payments applies to all business activities, but is particularly important when dealing with government officials.  The U.S. Foreign Corrupt Practices Act and similar laws in other countries strictly prohibit improper payments to gain a business advantage and impose severe penalties for violations. The following summary is intended to provide personnel engaged in international activities a basic familiarity with applicable rules so that inadvertent violations can be avoided and potential issues recognized in time to be properly addressed. ‍

‍The FCPA and other anti-bribery laws make it unlawful to bribe a foreign official to gain an “improper business advantage.” An improper business advantage may involve efforts to obtain or retain business, as in the awarding of a government contract, but also can involve regulatory actions such as licensing or approvals. Examples of prohibited regulatory bribery include paying a foreign official to ignore an applicable customs requirement. A violation can occur even if an improper payment is only offered or promised and not actually made, it is made but fails to achieve the desired result, or the result benefits someone other than the giver (for example, directing business to a third party). Also, it does not matter that the foreign official may have suggested or demanded the bribe, or that a company feels that it is already entitled to the government action.‍

Who is a "foreign official"?‍‍

A “foreign official” can be essentially anyone who exercises governmental authority. This includes any officer or employee of a foreign government department or agency, whether in the executive, legislative or judicial branch of government, and whether at the national, state or local level. Officials and employees of government-owned or controlled enterprises also are covered, as are private citizens who act in an official governmental capacity. Foreign official status often will be apparent, but not always. In some instances, individuals may not consider themselves officials or be treated as such by their own governments but nevertheless exercise authority that would make them a “foreign official” for purposes of anti-bribery laws. Personnel engaged in international activities are responsible under this Policy for inquiring whether a proposed activity could involve a foreign official or an entity owned or controlled by a foreign government, and should consult with the Head of Operations when questions about status arise. ‍

What types of payments are prohibited?‍‍

Other less obvious items provided to a foreign official can also violate anti-bribery laws. Examples include in-kind contributions, investment opportunities, stock options or positions in joint ventures, and favorable or steered subcontracts. The prohibition applies whether an item would benefit the official directly or another person, such as a family member, friend or business associate. ‍

Can I be held responsible?‍

Under the law, Abound and individual officials or employees may be held liable for improper payments by an agent or other intermediary if there is actual knowledge or reason to know that a bribe will be paid. Willful ignorance – which includes not making reasonable inquiry when there are suspicious circumstances – is not a defense, and it also does not matter whether the intermediary is itself subject to anti-bribery laws. All employees therefore must be alert to potential “red flags” in transactions with third parties.

Abound and its Affiliates must keep accurate books and records that reflect transactions and asset dispositions in reasonable detail, supported by a proper system of internal accounting controls. These requirements are implemented through Abound’s standard accounting rules and procedures, which all personnel are required to follow without exception, as further set forth in Abound’s Terms of Use. Special care must be exercised when transactions involve or potentially involve payments to foreign officials. Off-the-books accounts should never be used. Facilitation or other payments to foreign officials should be promptly reported and properly recorded, with respect to purpose, amount and other relevant factors. Requests for false invoices or payment of expenses that are unusual, excessive or inadequately described must be rejected and promptly reported. Misleading, incomplete or false entries in Abound’s books and records are never acceptable.

Abound thoroughly vets all agents, consultants and other third parties prior to commencing a working agreement or partnership, monitoring for “red flags” that may indicate possible legal or ethical violations. Due diligence ordinarily will include appropriate reference and background checks, written contract provisions that confirm a business partner’s responsibilities, and appropriate monitoring controls. Personnel working with agents and other third parties should pay particular attention to unusual or suspicious circumstances that may indicate possible legal or ethics concerns (red flags). The presence of red flags in a relationship or transaction requires greater scrutiny and implementation of safeguards to prevent and detect improper conduct. Appointment of an agent or other third party ordinarily requires prior approval by a member of the leadership team, detailed scope of work (SOW) contract, and signed contractual agreement (i.e. Contractor Agreement, Master Partnership Agreement, or similar governing agreement between Abound and third parties with whom it conducts business).

This Policy must be read and accepted by all personnel, as specific responsibilities and obligations that will be enforced through standard disciplinary measures and properly reflected in personnel evaluations (as applicable). All officers, employees and agents are responsible for understanding and complying with the Policy.  Every Abound employee has an obligation to:

Any employee who has reason to believe that a violation of this Policy has occurred, or may occur, must promptly report this information to his/her/their manager, company leadership, or Head of Operations. Alternatively, information may be reported by emailing legal@withabound.com.

Retaliation in any form against an employee who has, in good faith, reported a violation or possible violation of this Policy is strictly prohibited. Employees who violate this Policy will be subject to disciplinary action, up to and including dismissal. Violations can also result in prosecution by law enforcement authorities and serious criminal and civil penalties. For guidance and/or to report concerns regarding retaliation, reach out to HR or Head of Operations.